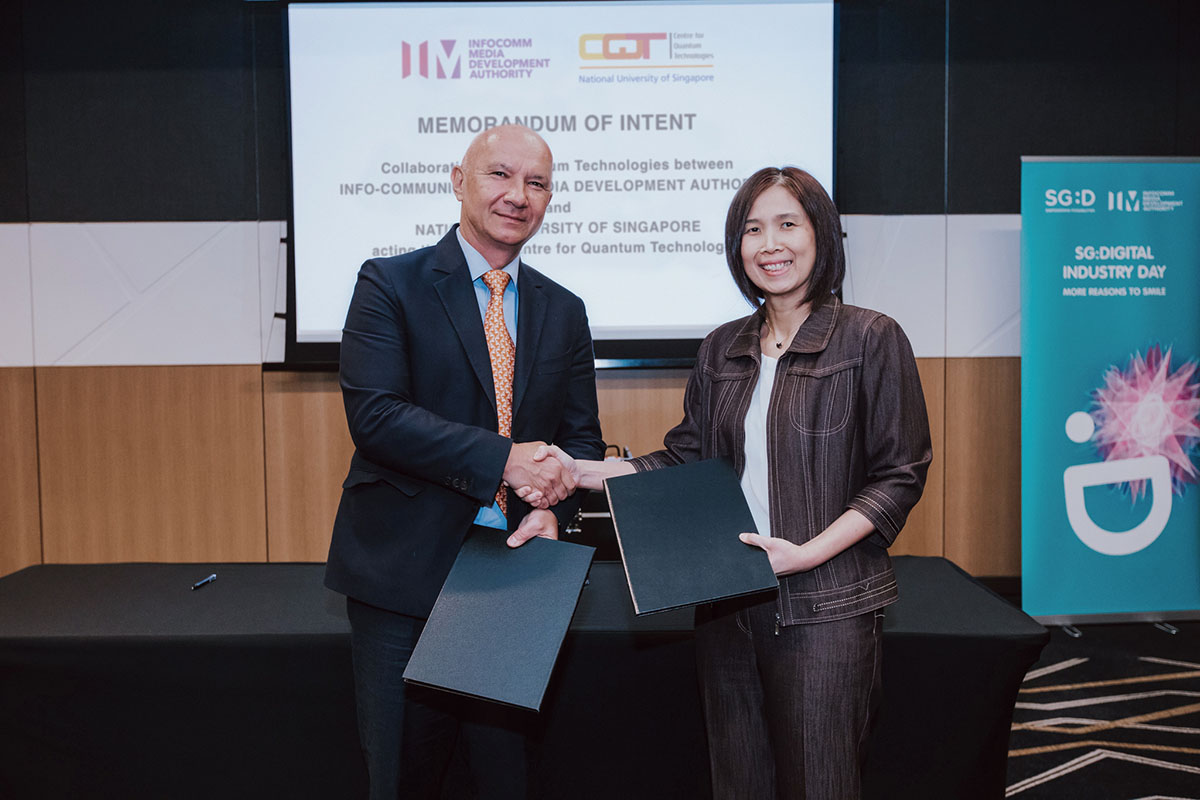 CQT, acting through the National University of Singapore (NUS), has signed a Memorandum of Intent with the Infocomm Media Development Authority (IMDA), to promote the development of quantum technologies, in particular, quantum key distribution (QKD), in Singapore

“In building a more digitalised and connected Singapore, it is important to future-proof our infrastructure and prepare our industry to adopt advanced, even if nascent, technologies such as quantum key distribution. The MOI with the Centre for Quantum Technologies at NUS will help to build competencies in Singapore, setting the foundation for Singapore’s quantum key distribution deployment,” said Aileen Chia, IMDA’s Deputy Chief Executive (Policy, Regulation & Competition Development).

One of IMDA’s roles is to continuously evaluate and ensure Singapore’s communication infrastructure is secured from evolving threats.

The MOI will see IMDA and CQT collaborating on initiatives to enhance quantum-related competency in Singapore, including organising outreach activities, conducting competency development and training for the local industry and government agencies, and piloting QKD implementation and trials.

CQT’s Director, Artur Ekert, said “We look forward to collaborating with IMDA to build local technical competency and to further commercialise our work. Singapore could be the first country in the world to establish a nationwide quantum key distribution network.”

IMDA and CQT will be hosting an introductory workshop, focusing on quantum-safe communications for the local industry, on 17 July 2018.