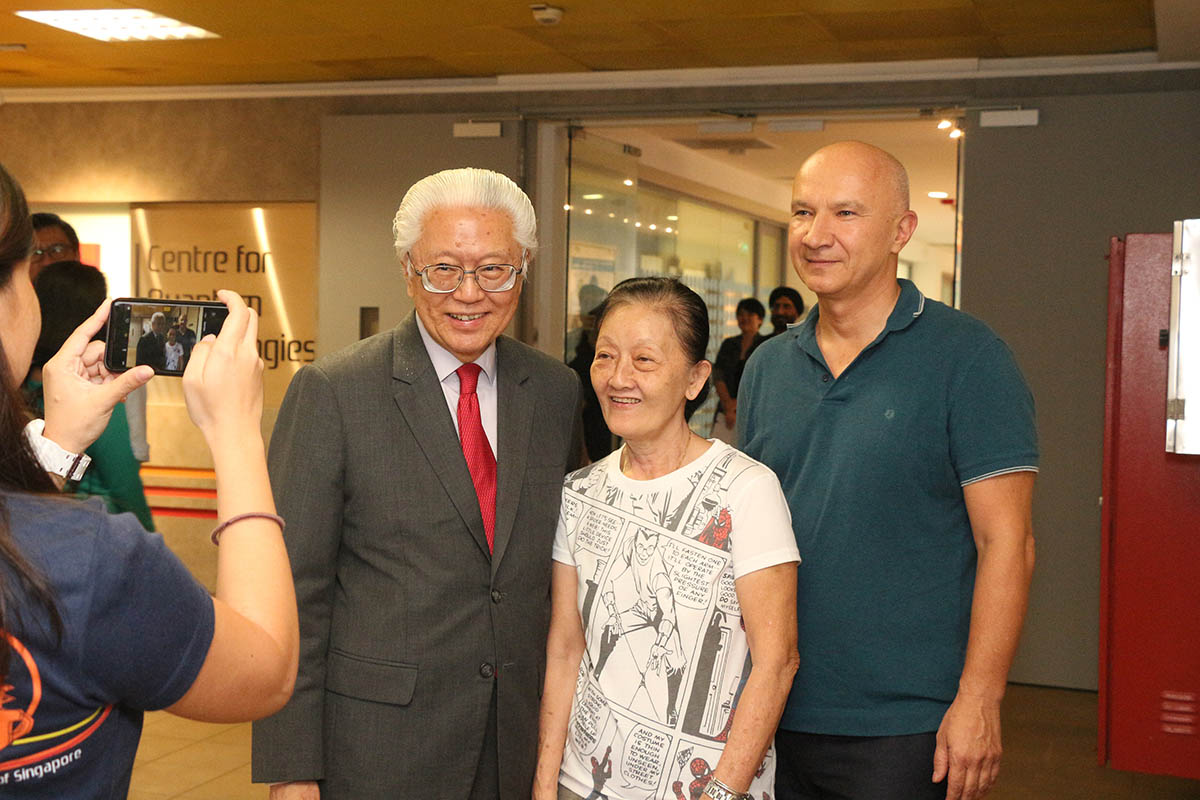 Dr Tony Tan visited CQT to see the progress made in ten years. Here he is being photographed with our Auntie Bee (centre) and CQT Director Artur Ekert (right).

Before he became President in 2011, Dr Tan was instrumental in setting up the Centre for Quantum Technologies at NUS. The visit was an opportunity for him to see the progress made at the Centre in the ten years since its founding.

CQT was established in 2007 under the 'Research Centres of Excellence' programme of Singapore's National Research Foundation (NRF). Dr Tan was then Chairman of NRF. The centres were intended to spur research excellence in the local universities.

In writing about the history of quantum information in Singapore, CQT's Director Artur Ekert traced the birth of the venture even further back in time:

"The year was 2000 and Tony Tan, at the time Deputy Prime Minister and Minister for Defence, took a personal interest in the Millennium Conference on Frontiers in Science (suggested by KK Phua) at which I gave an overview of quantum computation. My subsequent meeting with Tony Tan, and a long over-dinner conversation, left me confused. I was not used to politicians talking in an intelligent and persuasive way about big problems in the upcoming millennium that science can address. I was impressed."

This is extracted from the book 50 Years of Science in Singapore (eds BTG Tan, Hock Lim, KK Phua, World Scientific, 2017).

Coming back to the present, Dr Tan told CQTians: "We could not have anticipated ten years ago that there would be this explosion of interest in quantum theory and its applications. The possibility of quantum computers was scientific fiction at the time – now it is on the front page of newspapers."

He heard from Artur and other members of CQT about how the Centre has grown, and what it has achieved in science, outreach and engagement with industry. He visited the laboratory set up for joint work with the communications group Singtel and saw an experiment aiming to be the world's most precise atomic clock.

Dr Tan said: "Under the direction of Artur and the senior management, all of you have made a great contribution to Singapore. I congratulate the CQT and all of you, and I hope you have many interesting problems to work with in the coming years." 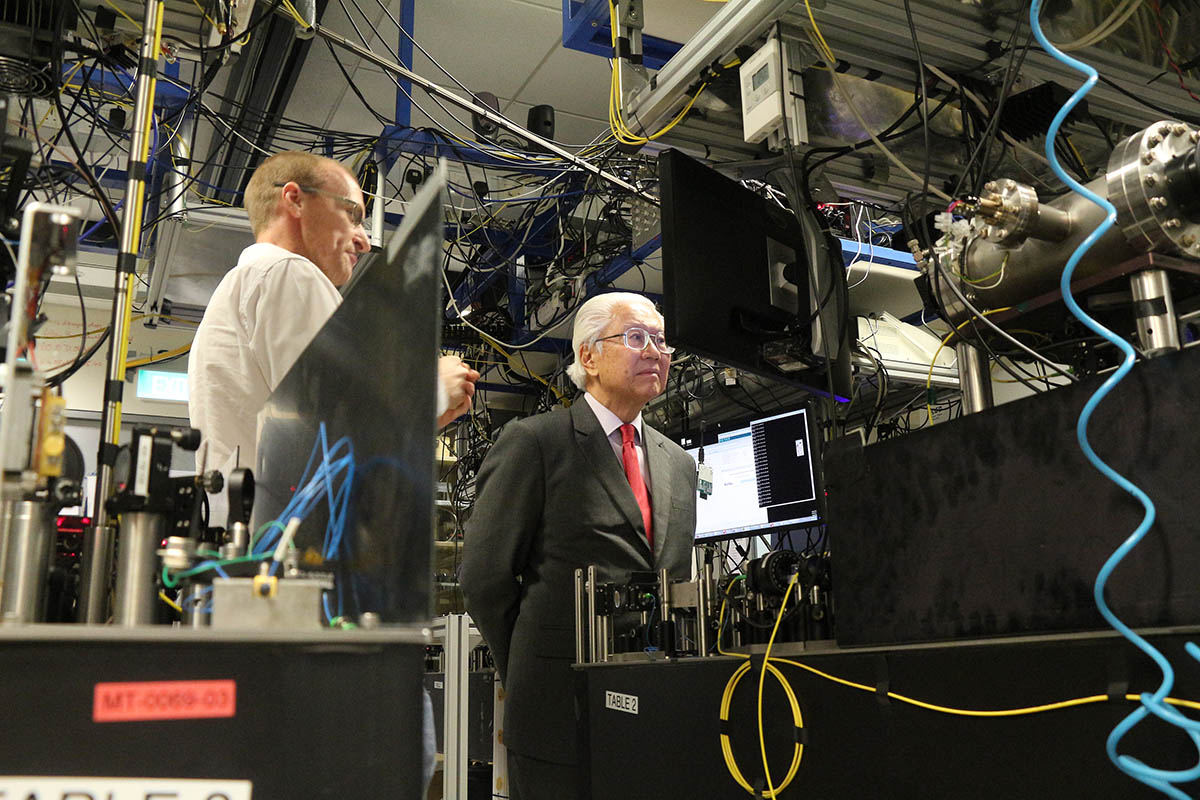 In this lab, Dr Tan heard from CQT Principal Investigator Murray Barrett about his group's effort to build the world's best atomic clock. View more photos from the visit on CQT's Facebook page.